A Midsummer’s Night Dream is a comedy play written sometime between 1590-1596 and is one of his most popular works. The play revolves around the events of four lovers from Athens a troupe of six actors. 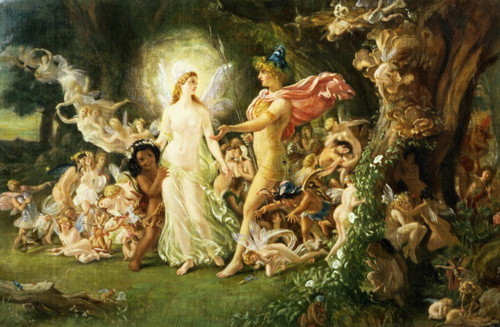 However, what most people don’t know was that Midsummer’s Night Dream was actually produced for the court for her Majesty Queen Elizabeth I of England. Queen Elizabeth was a patron to Shakespeare and overall she was a huge supporter of the arts. Elizabeth’s rule sparked a golden age of peace and prosperity across England which meant there was money and time to support the arts. Elizabeth gave Shakespeare the money and support for him to be able to write full time. It is argued that without the support of the Queen Shakespeare would possibly not even have become an author.

When Shakespeare finished Midsummer’s Night Dream it was most likely performed for Her Majesty in her court as the Queen never visited a public theatre. It is said that Shakespeare was presenting one of the most beautiful passages of the poem and Elizabeth was beyond flabbergasted-


“That very time I saw — but thou couldst not —
Flying between the cold moon and the earth,
Cupid all arm’d: a certain aim he took
At a fair vestal throned by the west,
And loos’d his love-shaft smartly from his bow
As it should pierce a hundred-thousand hearts:
But I might see young Cupid’s fiery shaft
Quench’d in the chaste beams of the watery moon,
And the imperial votaress passed on,
In maiden meditation fancy free.” — Act II., Sc. i.

Apparently as Shakespeare was reciting this passage he was pacing in front of Her Majesty and to grab his attention she dropped her glove. Shakespeare fetched it for her and upon doing so he added;

“And though now bent on this high embassy,
Yet stoop we to take up our cousin’s glove.”

The Queen was beyond swept away and amazed at her patron’s skills and talents. The bond between Shakespeare and Queen Elizabeth was a strong one, she provided him support and she was constantly amazed by his works. He performed for her court multiple times afterwards performing other works for Elizabeth such as King Henry VI. 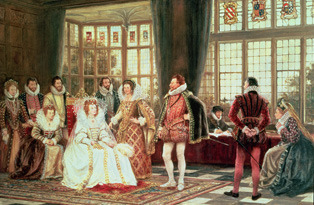 When Elizabeth died in 1603 Shakespeare had a verse written in his poem Threnos which very obviously relates to the death of his dear friend and patron.

“Beauty, truth, and
Grace in all simplicity,
Here enclos’d in cinders lie.”

“Truth may seem, but cannot be;
Beauty brag, but ‘tis not she;
Truth and beauty buried be.”

Elizabeth was a guiding light to Shakespeare and without her, some of Shakespeare’s works would most likely not have been possible.

Studying the history of Western medicine and surgery is interesting in that they are quite separate things from one another. The Catholic church decreed that physicians could never “draw blood” and so their treatments were predominantly medicinal. If you needed anything done surgically you went to the barber. Eventually both of these aspects of medicine merged but that wasn’t until the Modern era in Europe. Interestingly, this is why surgeons in England are referred to as “Mr/Ms/Mrs” and physicians are referred to as “Dr.” (save that in your random medical trivia box). Occasionally you had figures in history who bridged the gap between the two schools, which was a daunting task. Even more rare was the historical figure who defied the Greco-Roman medical tradition and advanced medical science. One such figure was a French surgeon named Ambroise Paré. Paré’s story usually revolves around his role as a military surgeon.

On Paré’s first excursion with the French army they trekked over the Alps in an attempt to invade Italy. En route they encountered a garrison in a small town and engaged in a quick battle. Pare describes entering the town after the battle.

We entered pell-mell into the city, and passed over the dead bodies, and some not yet dead, hearing them cry under our horses’ feet; and they made my heart ache to hear them. And I truly repented that I had left Paris to see such a pitiful spectacle. Being come into the city, I entered into a stable, thinking to lodge my own and my man’s horse, and found four dead soldiers, and three propped against the wall, their features all changed, and they neither saw, heard, nor spake, and their clothes were still smouldering where the gunpowder had burned them. As I was looking at them with pity, there came an old soldier who asked me if there were any way to cure them. I said no. And then he went up to them and cut their throats, gently, and without ill will towards them. Seeing this great cruelty, I told him he was a villain: he answered he prayed God, when he should be in such a plight, he might find someone to do the same for him, that he should not linger in misery.

Back then, battlefield medicine was very… rudimentary, to put it lightly. If they felt there was nothing to be done to help you then hopefully you were helped along with the dying process as described above. Paré came along at a time when gunpowder and muskets were becoming the predominant weapon of war. At this time, the main method of treating gunshot wounds was to pour boiling oil into the wounds to cauterize them. Did you have a limb hacked off in battle? Cauterize it with red hot iron. Need to have a limb amputated? They’re going to cauterize it with hot iron as they amputate so you don’t bleed out. The problem with cauterization, as Paré discovered, is that it often caused the patient to go into shock and die, or spreads infection and the patient dies, or it doesn’t actually stop the bleeding of a major artery and the patient dies. In fact, cauterization probably caused just as much death as battle wounds themselves. 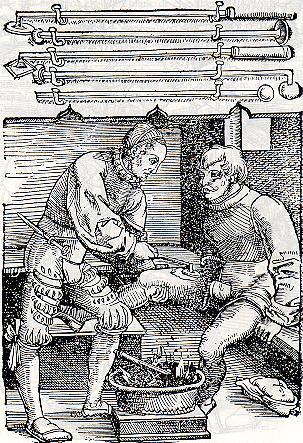 He looks so nonchalant about having red hot metal jammed into his leg.

Paré found himself busy as ever during a battle. The wounded came pouring in with gunshot wounds; he kept the oil burning hot and cauterized as many wounds as he could. Then he ran out of oil. In a moment of panic he remembered the ingredients for a salve that might be useful; anything was better than nothing. So he mixed egg yolks, rose oil and turpentine (which, while toxic, has antibiotic properties) and applied it to the gunshot wounds. The day came to a close and he laid awake all night worrying about the patients he could only treated with the salve. The next morning he went to where the wounded were kept and made a startling observation: those who had their wounds cauterized with oil were feverish, their wounds were inflammed and their prognosis was not very good. The soldiers who were treated with the salve were in good spirits, slept through the night, were not feverish and the wounds were healing. So Paré made a medical discovery through the scientific method though he had very little idea about such a philosophy.

Paré also proved the value of ligating blood vessels instead of just cauterizing them shut; he invented what would become one of the first hemostats to clamp vessels shut. He also made contributions in the fields of anatomy, prosthetics and obstetrics. 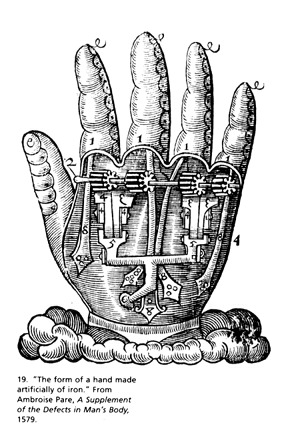 He was trying to create a cyborg.

Paré went on to become the personal surgeon to several kings of France and continued to revolutionize medicine until he died when he was eighty.

Author: ragincontagion
“Let me learn you some plague…..”
Christians and the first crusade (by Douglas James)
Primary School Teacher Recruitment and Retainment
About Anne Boleyn
Short History of the Tower of London
Giving a Better History Lesson

A quote I keep in my lesson planning binder to remind me why I do what I do. 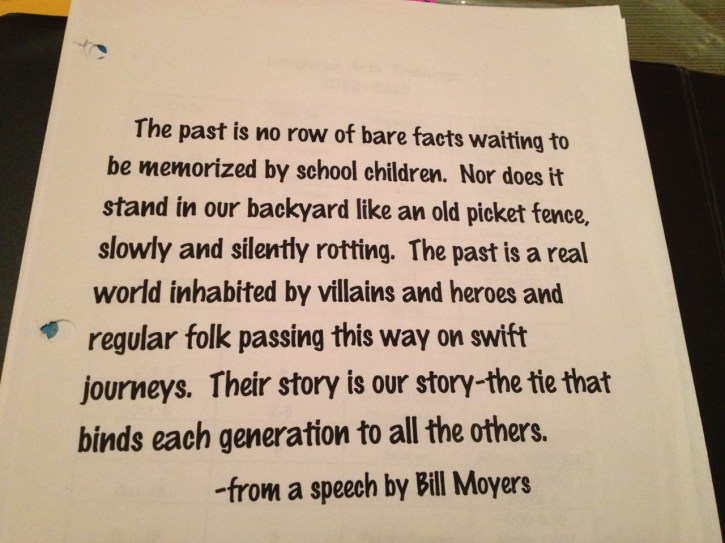 Author: fifthgradeisonfire
“Let me learn you some plague…..”
Christians and the first crusade (by Douglas James)
Primary School Teacher Recruitment and Retainment
About Anne Boleyn
Short History of the Tower of London
Giving a Better History Lesson