King Richard III was noted as the last of the Plantagenet dynasty to rule England. He died valiantly in battle in the year 1485 as the last English king to perish on the battleground.

Richard III was born as Richard of Gloucester at Fotheringhay Castle, England. He was the 12th of 13 children of the 3rd Duke of York, Richard Plantagenet whose line could entitle the throne which was currently seated by King Henry IV. Richard was only 8 years old when his father and older brother Edmund died at the Battle of Wakefield in 1460. Richard was brought up at Middleham Castle under the tutelage of Richard Neville, the Duke of Warwick. Richard, as Duke of Gloucester, was knighted and sent to Warwick’s estate for knightly training. He stayed at Middleham until he was either 12 or 16 years old.

Richard was involved early in the Wars of the Roses with Edward’s appointment as the Commissioner of Array in 1464 to administer the Western Counties at 11 years old. He rose up the ranks by the time he reached 17.

Richard and the king fled to Burgundy in 1470 when Warwick opposed the king openly. The Duke of Burgundy welcomed them as Margaret, their sister, was married to him. At age 18, Richard was instrumental in the Battle of Barnet and the Battle of Tewkesbury, which helped restore Edward to the throne in 1471.

Richard and his brother George were sent to the Low Countries but later returned when the Lancastrians were defeated at the Battle of Towton. 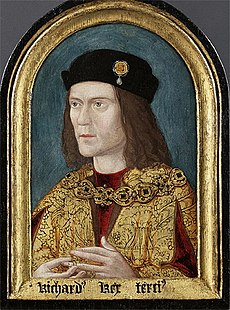 They participated in King Edward IV’s coronation in June 1461. He married Neville’s daughter, Anne as it is a common practice to have young aristocrats sent away to households of future partners for knighthood training. However, as the relationship between King Edward IV and Warwick strained, the king opposed unions with the Warwick family. Nevertheless, Richard’s brother, George married Isabel, Neville’s other daughter without the king’s permission while Richard remained loyal to the king, although he married Anne.

The Reign of Richard III

Richard III usurped great power after the death of King Edward IV. He seized the throne from the successor, Edward V who was still young. Richard III was fearful of a continual internal feuding with Edward V on the throne under the influence of maternal Woodville relatives. He was fearful of the Woodville clan that may overthrow his reign; hence, he declared that Edward V’s succession was illegal as Edward V was an illegitimate son and unfit as heir to the crown.

Edward V and Richard of York, his younger brother were put in prison at the Tower of London for life. Richard III was crowned on July 6, 1483. He was able to crush a rebellion led by Henry Stafford, who was the Duke of Buckingham. Henry wanted to install Henry Tudor as king.

Tudor troops gathered again to attack Richard on August 22, 1485 at Bosworth Field. This battle was the last of many in the War of the Roses battles where Richard III was killed.

There was some hostility towards Richard on the Warwick inheritance as his wife, Anne, was previously wedded to Edward of Westminster, King Henry VI’s only son in a marriage of allegiance. However, Edward was killed in 1471 at the Battle of Tewkesbury and Warwick died at the Battle of Barnet.

Richard’s marriage was not sanctioned by his brother George, who married Isabel, the elder sister of Anne as both sisters shared their family inheritance, although it was still under the care of their mother, Anne Beauchamp who outlived them. Hence, there was technically no inheritance for the brothers; even the earldom of Warwick.

But Parliament granted the brothers and their wives the Warwick inheritance in 1474 as if the Countess of Warwick had died. Richard’s marriage to Anne was cast in doubt as such marriages were not recognized by the king earlier, but an option in the marriage clause protected both parties’ inheritance.

Hence, Richard was able to enjoy all the Neville lands instead of George Neville, Anne’s cousin. George tried to marry Mary of Burgundy to retrieve the inheritance, but was not given the opportunity. He was later convicted and executed on treason charges although Richard’s involvement is not proven.